A quick snap from the archives. Filling up with fuel isn’t too much trouble in the western world or even where there is electricity but out here in Burkina Faso there was none of that so the pumps were done by hand! As with all things in Africa you never know what is around the next corner so it is best to fill everything you have. Having all ready nearly run out of petrol less than a week in to the trip we asked them to fill everything. 140 litres later with a puddle of sweat on the red dirt, they didn’t know wether to laugh or cry when we started to take the four jerry cans off the roof. I offered to help but after 2 cans I was knackered!

We handed over a fistful of Francs, shook hands and were back on the road. 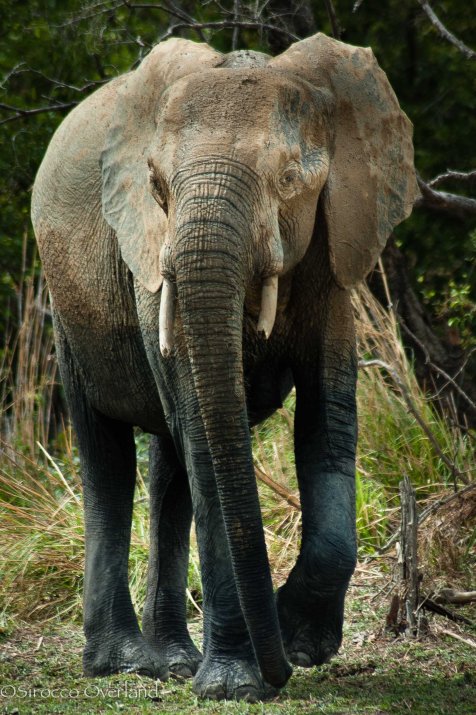 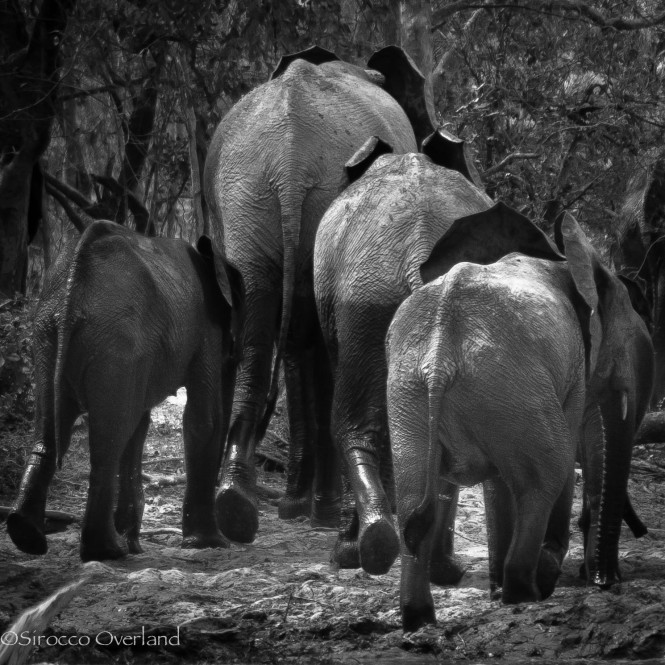 My recent move to Lightroom 5 has opened up  opportunities to improve on previous photos shot with outdated technology. This trio of shots was taken in Burkina Faso whilst mapping National Parks for the MAPA Project. We stumbled upon this group of elephants at a watering hole and I had to work quick to get these shots. It was my first encounter with elephants and the second photo clearly shows that this elephant wasn’t happy about my close proximity. I moved back into the bush as the group slowly left the watering hole and disappeared into the forest. 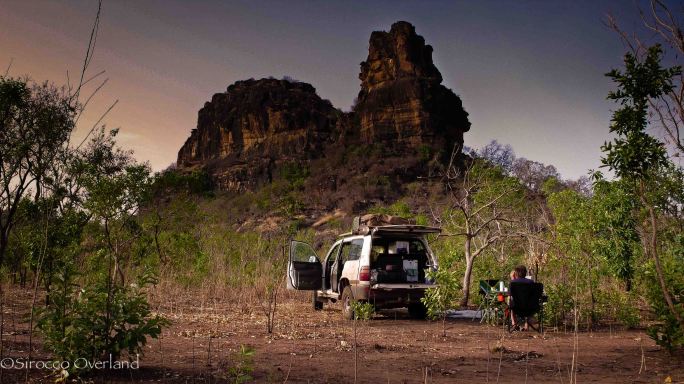 One of the most memorable photos from my time in West Africa was this camp spot in the far southwest of Mali.

We were hundreds of kilometres off the bitumen trying to map routes through the Bafing National Park. We followed tracks to the Bafing Chimpanzee Santuary which turned out to be completely shut down, it had been closed many years previously but we were in the area so had to check it out. We followed some feint tracks south from there which petered out from village to village. Each one we passed through we were greater warmly by the people. After 150km we were pretty deep and we knew our fuel supplies would be pushed to the limit (with 2 leaking tanks and running the 6cyl petrol). To top it off the clunk from the driveline got worse (turned out to be a front prop UJ) so we decided that night to turn tail and head back to refuel. We had mapped what little we could.

That night we heard some rustling around camp which turned out to be a stray cow. We could however hear in the distance a lot of chanting, singing and wailing. Maybe witch doctors are alive and well near the Guinean border after all.

To read more about the MAPA Project and our adventures there, take a look here: