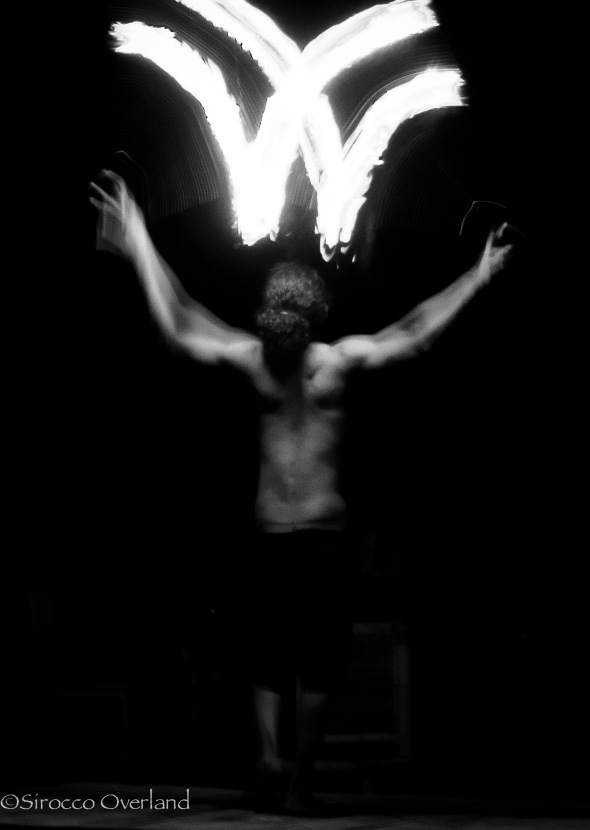 We decided to stop in Indonesia for a much-needed rest while waiting for the rig to make it’s way to Australia. While in Bali, we were persuaded to visit the Gili Islands, a triplet of idyllic tropical islands and the epitome of paradise. One evening after a relaxing sunset stroll along the beach of Gili Trawangan, we walked past a restaurant with a resident fire poi performer. In between beers he wowed the diners with his moves and fascinated passers-by such as ourselves, all the while maintaining a quiet composure. It was not showy or over the top, just a silent yet dramatic backdrop to gourmet seafood and coconut drinks. We soaked up the serenity, before moving on to a much cheaper place for dinner!

This entry was posted on 16/05/2014 by Lisa. It was filed under Photo of The Week and was tagged with beach, Black and White, dinner, fire poi, Gili Islands, Gili Trawangan, Indonesia, paradise, Photo, Photography, Travel, tropical.