It’s that time of year again when the chosen few venture east cross Central Asia. Here is a guide I wrote last year on the top 5 accommodation spots that shouldn’t be missed out. Enjoy.

You have driven hundreds of kilometres all day on dirt tracks, corrugated and potholed tarmac roads, been stopped five times by the police for ‘documents’, then an unfamiliar noise emanates from the engine bay. Your still 10 km outside of an unfamiliar town looking for somewhere to stay that has secure parking and won’t blow your daily budget. You wouldn’t be here if you didn’t need that damn (delete as appropriate) Visa/Registration Document/Permit/Customs Form/Flight Ticket/Spare Part.  It’s the usual battle.

END_OF_DOCUMENT_TOKEN_TO_BE_REPLACED 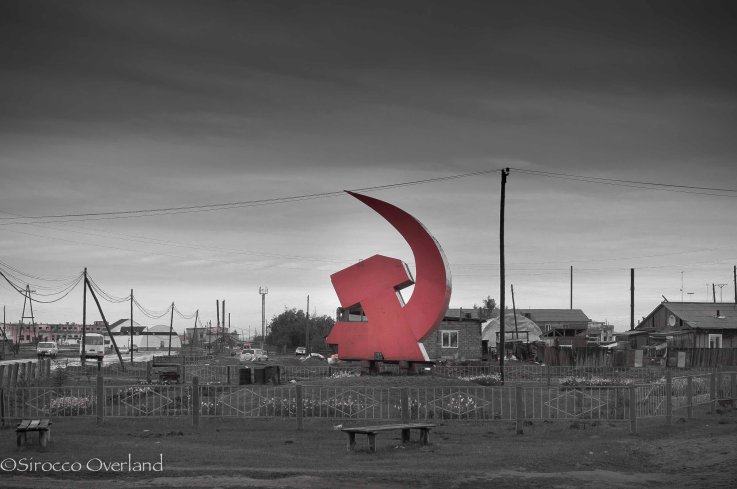 You see a lot of ‘Hammer and Sickle’ symbolism around Russia, especially in Siberia where whole communities, towns and even cities formed under communist leadership. This one was probably the biggest one we saw outside of cities. Usually they are tied in with town or city names as you enter the outskirts but this one was in a small town with very few people present. I like it because it is simple and stands bold. For me, in a town like this in deepest Siberia it no longer represents communism but the unification of industry and agriculture and people working together to better their future.

How we took on the infamous BAM railroad, swam in the world’s deepest lake and experienced true Siberian hospitality… over and over again.

Getting out of Mongolia wasn’t really an issue but our third entry into Russia had me on tenterhooks for the first time since leaving the UK. The border official had questioned the fact that the vehicle and trailer had the same number plate/registration. I tried to explain that this is standard for UK vehicles but she was suspicious, and rightfully so. Although I was telling the truth about UK laws, I was presenting less than honest evidence…

END_OF_DOCUMENT_TOKEN_TO_BE_REPLACED 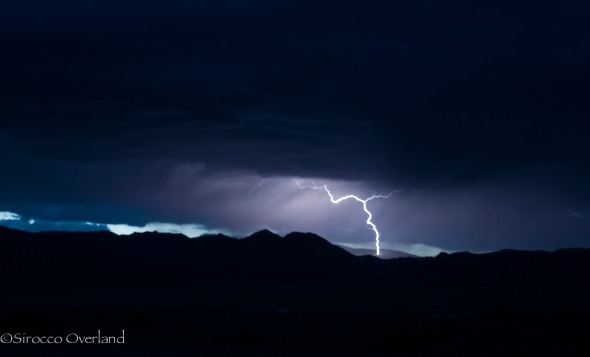 A few days after arriving in Mongolia we had driven down to the city of Khovd to try and catch the festival of Naadam. This storm started not long after we set up camp and finished cooking, and was pretty typical of western Mongolian evenings. Although the rain was heavy and the winds strong, these storms always disappeared not long after and it was as if nothing had happened! We camped by the side of a river with hundreds of others in anticipation of the next day’s activities.

Our collection of the top 10 most memorable, but not always the best, wildcamps from 2013. Each was chosen for a reason and has a story behind it. There were many more like these often in similar landscapes but these are the pick of the bunch.

END_OF_DOCUMENT_TOKEN_TO_BE_REPLACED 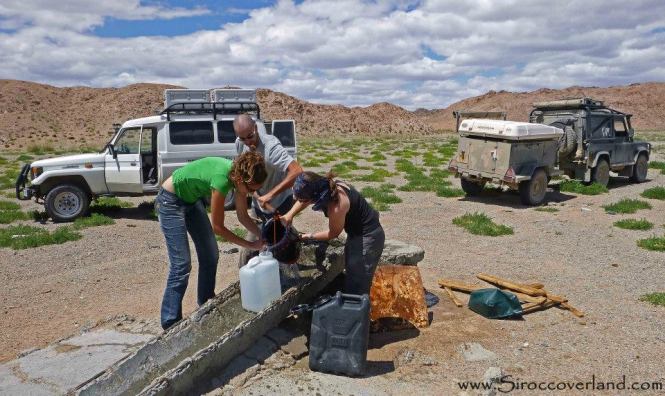 Topping up. Wells were located on our old Soviet maps with details on recharge rate (L/Hr). However only about 1 in 5 were still operational

A great moment in the desert a long way from civilisation. A clean water well with water actually in it. We became fairly reliant on water wells during our 2 week traverse of the Gobi Desert region in the south of Mongolia. Even though it wasn’t that hot we were still using water for drinking, cooked, washing etc. Most of the time we got by with the 50L water tank but when we needed a shower we filled the 20L jerry can also. These wells literally made the trip. 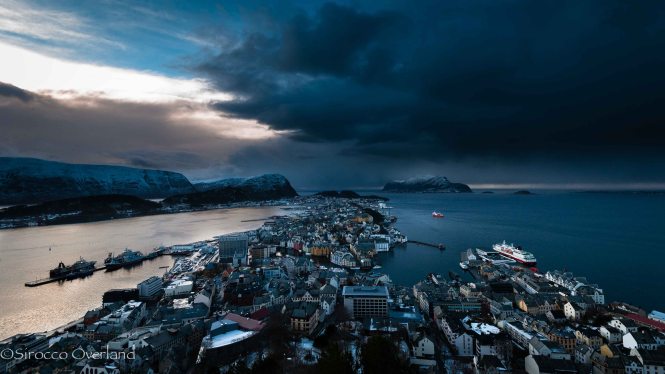 Alesund, an ‘out there’ port town in the Fjord region of Norway. It took us a fair while to reach this place, catching a multitude of ferries and crossing many icy mountain passes. It was worth it though, the air temperature rose to about -4c so it was a little warmer than the previous week. I had to climb around 300 icy covered steps to get this photo and there wasn’t a handrail at all times. It was pretty tricky as the sun was setting and our parking ticket was expiring. Worth it though as I am sure you will agree.