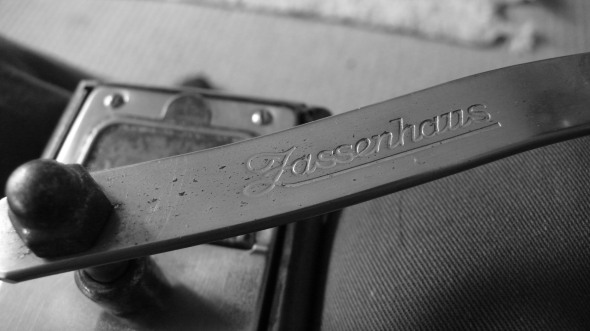 Work for your coffee…

I recently picked up a vintage (1950 – 1960) Zassenhaus ‘Mokka’ coffee grinder on Ebay.de for a snip of the usual going rate. I could see it was a bit battered from the photo, the metal was heavily tarnished and the hardwood was well worn for years of use but it was still in one piece, how bad could it be?

It was a bit of a gamble as sometimes these units can lose their tightness and need a bit of work to set-up again. Generally the conical burr does not wear as it is made of hardened steel so there isn’t much to go wrong in the way of parts. Older units are sought after because they are better made (originally made in Germany) than the new off the shelf ‘made in china’ copies of this mid 1870s design. I wanted the ‘knee’ version of these grinders as these are smaller and will be easier to use while camping and travelling (not just a grinder for the home).

After waiting over two weeks for it to arrive from Germany It was just what I expected. Out with an old toothbrush, scouring pad, tin foil, screwdriver and lots of hot water and in 30 minutes I had a clean ready to grind… grinder. As suggested on the internet I ran some rice through the mill to clean any further residue off the teeth, it was also good to see how fine it would grind. Whilst doing this I noticed a slight lateral movement in the mill but it did cut the rice to consistent fineness so it does not seem to be a problem. Ran the 1st lot of beans through tonight and it was a pleasure to use, hopefully this will continue for many years to come. 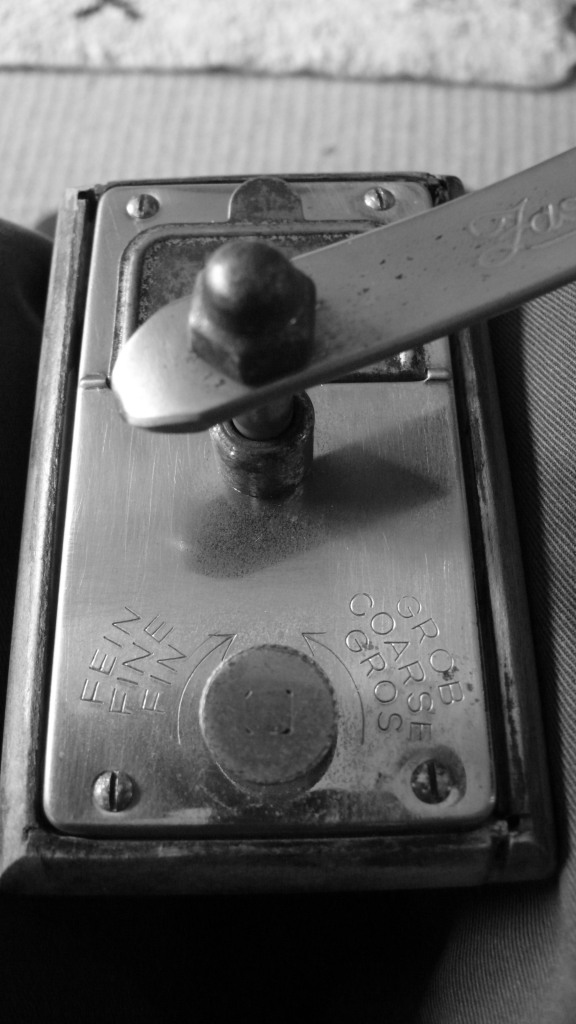 This entry was posted on 21/05/2012 by Griff. It was filed under Coffee and was tagged with Coffee, Grinder, Zassenhaus.