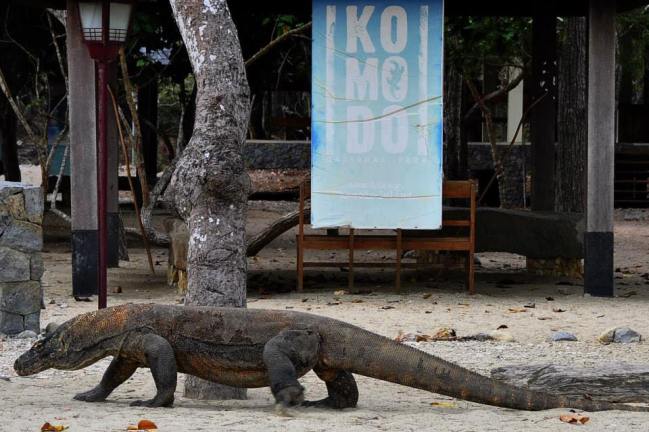 While in Indonesia, we chartered a boat with a small group of friends so we could take a trip to the Komodo National Park, home of the infamous dragon! We wandered around Rinca with a guide, looking carefully in the forest to find any of the world’s largest lizards, of which we saw a few. Then on to Komodo Island itself, where we thought we might glimpse one or two more. We certainly didn’t expect them to be parading along the beach next to the jetty, but here they were! As terrifying as they look, they were actually quite docile. We heard stories from the guides of rare attacks (mostly to get to food) but no fatalities. We even saw deer, their natural prey, walking in close proximity to them with little action. Not that I would like to get in the way of an angry one: they are up to 3 metres long and have a poisonous bite!

This entry was posted on 18/07/2014 by Lisa. It was filed under Photo of The Week and was tagged with dragon, Indonesia, Komodo, Komodo national park, Photography, Rinca.