Electrical efficiency has been on my mind of late, especially with the continuing build of the overland trailer. On the trailer I have installed a series of 50cm LED strips in each compartment activated by door ‘courtesy’ switches’.

LED lights have a lot going for them and they particularly suit an overland vehicle set-up. The main draw (no pun) is the lack of power consumption over prolonged use and they also emit light at a higher colour temperature range giving a cleaner brighter look. LEDs are also waterproof, shockproof (solid state), stay cool in operation, require less wiring (thinner cables) contain no mercury and last much longer than conventional bulbs. Also due to the higher colour temperature LED light does not attract insects like incandescent bulbs. Handy when forging a path through the jungles of South America at night. or greenlaning at night through the Welsh wilderness.  Its like an insect orgy when you open the door, they all come flooding in!

I set about getting a LED (Surface Mounted) panel to fit inside the existing interior light which would replace the current Festoon bulb. The panel is 46mm x 40mm sticky backed and has the festoon bulb adaptor. A 5 minute job to replace and the difference is immediately noticeable.

I Feel that these are such a good upgrade that I have started selling these kits through Ebay found here: Land Rover Defender Interior LED Light 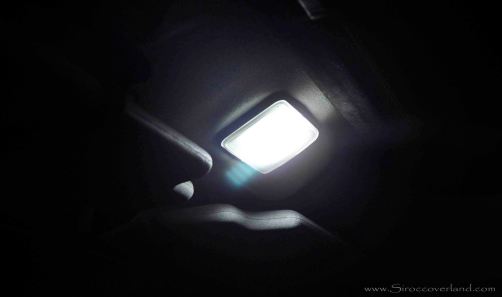 The rear worklight on the 90 has also been off the vehicle for sometime and I have missed it from time to time mostly whilst camping. Used to help set-up camp and aid reversing I never liked leaving it on for any length of time as the 55w bulb draws around 5 amps so it soon starts eating into your battery capacity. Whilst giving it a spruce up I dropped in a 25 LED bulb. 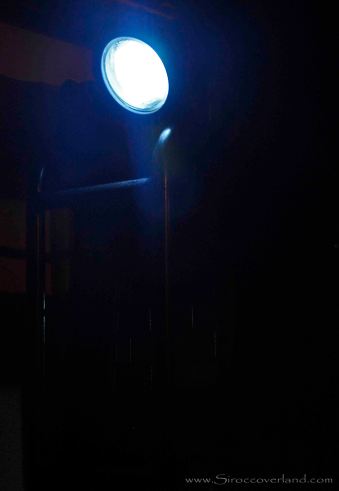 Not quite as bright as I had hoped but then it does have to compete with a high powered 55w bulb. Again the light is cleaner and although it seems brighter it does not cast the light as far as the original H3 bulb. Still for setting up camp and using for prolonged periods it should prove more than adequate.

I have now replaced the old Wipac work light unit with a 7.5″ 36w LED light bar. This puts out much more light than the replacement LED bulb I was using in the old unit. I would say its even brighter than the 55w Halogen bulb.

Drawing 3 amps it will serve us well for reversing, setting up camp and being used as a work light. 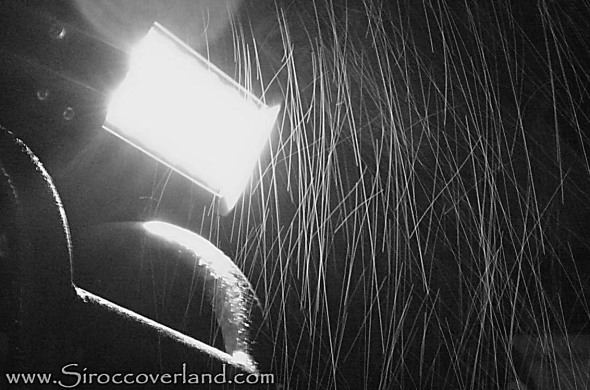 This entry was posted on 22/08/2012 by Griff. It was filed under Gear Talk, Land Rover and was tagged with Defender, Interior Light, Land Rover, LED Upgrade, Work Light.